Mission: Things That Go Boom In The Night

This time the Lucky 7th got totally slaughtered. I’ve been rolling unlucky on reaction fire and going out of ammo when I really don’t want to hahaha. I lost Slugger right off the bat this way. He was holding the center of the map, was very exposed, and then rolled a 1 on his first shot!! He was promptly torn to shreds from all angles.

Despite the early loss, the APEs managed to hang in there for quite some time. By the end of the game, the HMG APE and APE Blazer were back-to-back trying to work their way toward the objectives. It ended when a Bomberzombie with a Blaze of Glory card took the HMG APE out of reaction fire, and then a single Sturmzombie finished off both APEs!

I have to say – I’m super glad I bought an extra box of 24 Sturmzombies (in addition to the one I got from the Kickstarter). I’ve been having a blast with them! I’m using 9 Sturmzombies per turn in some mission and still not running out of zeds! 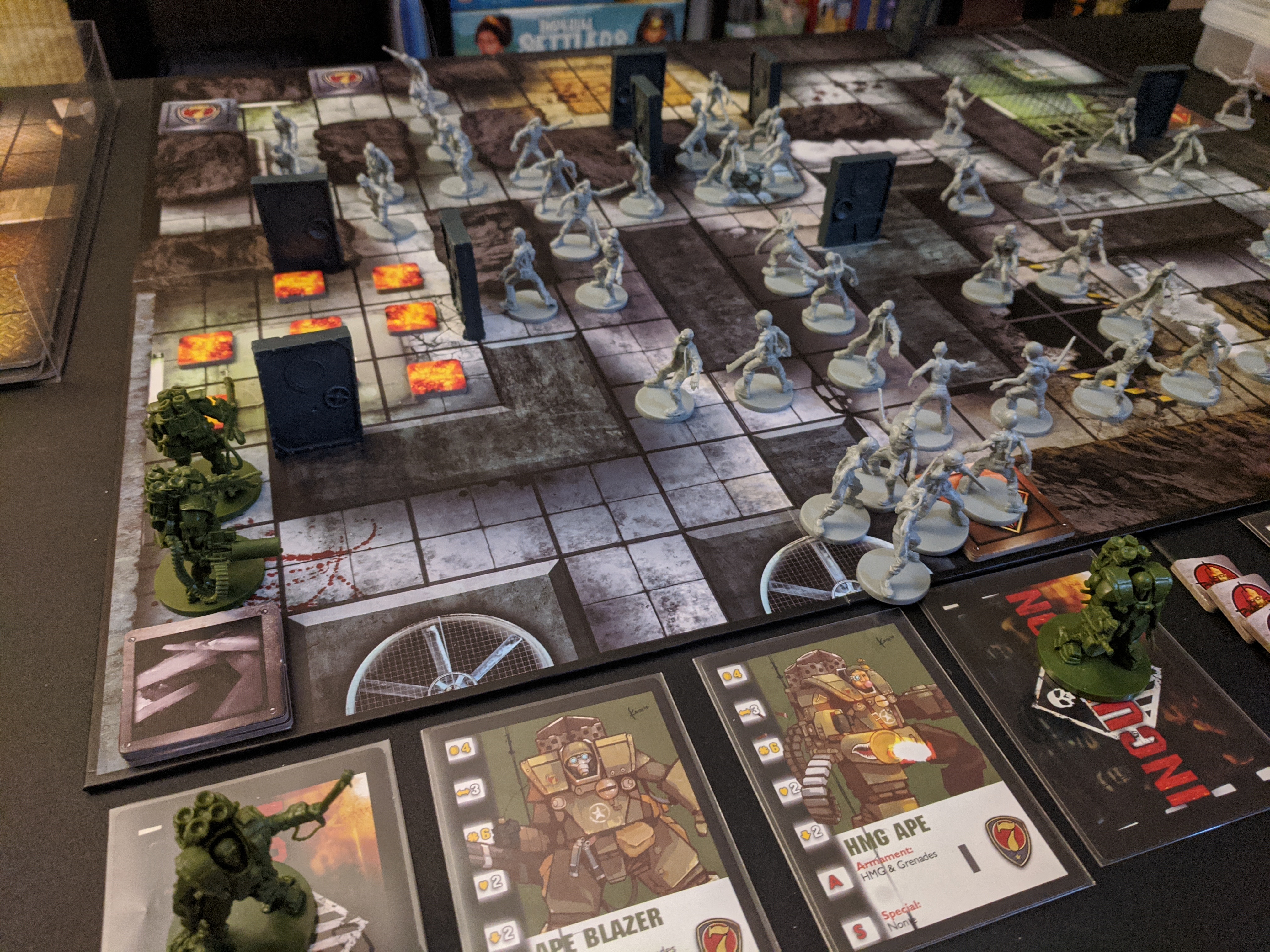 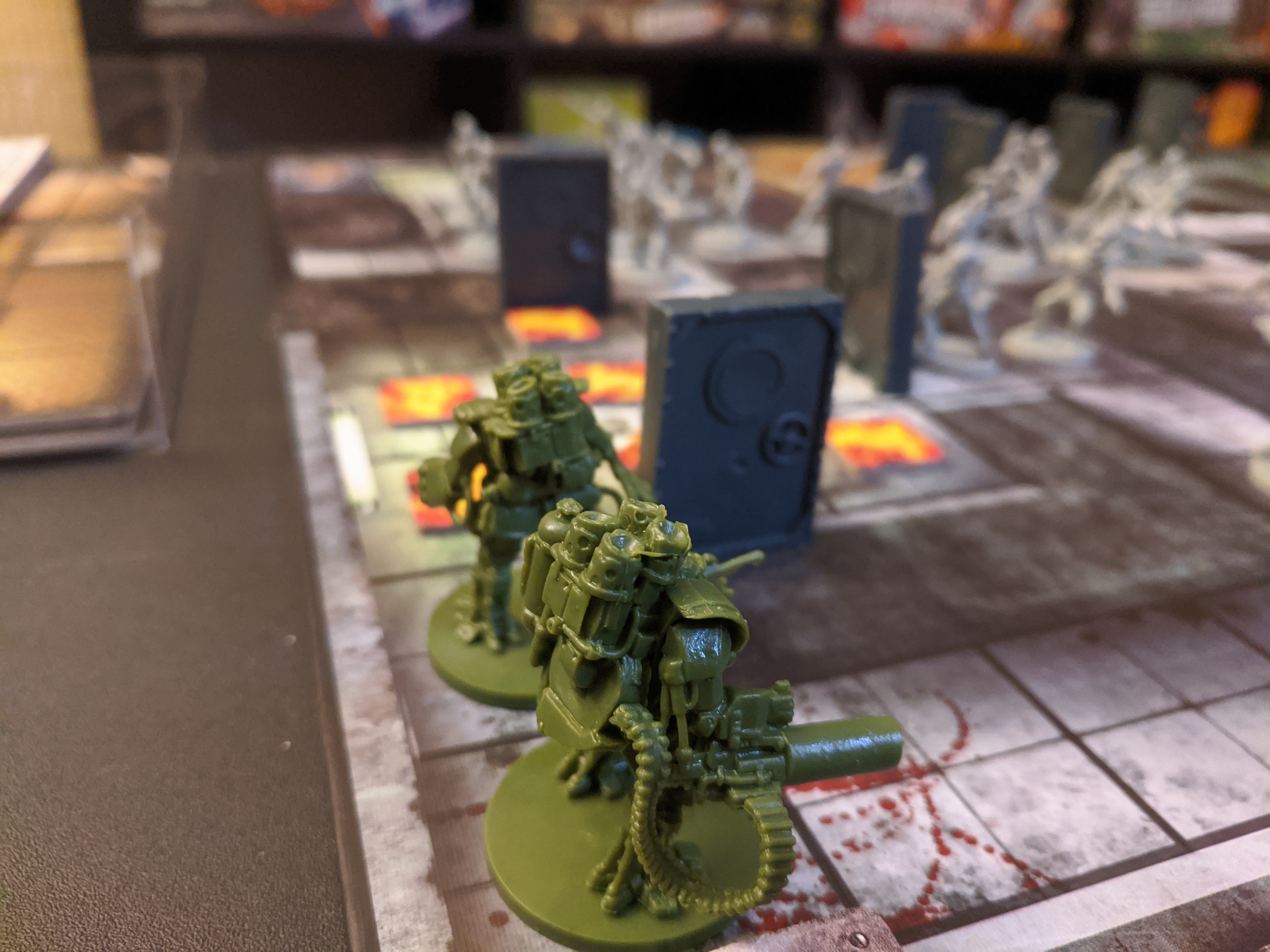 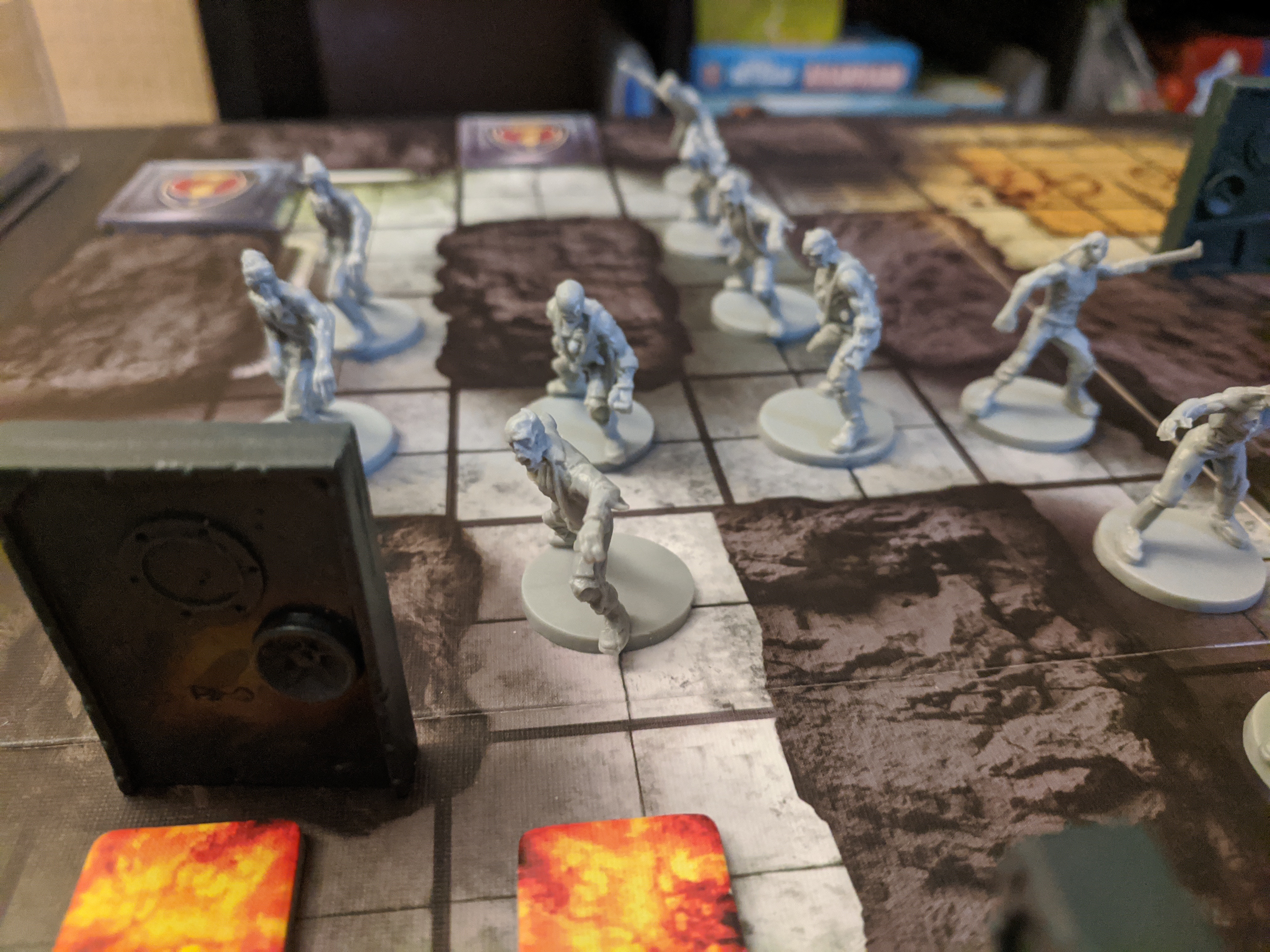