Narrative:
I just played one of my favorite games of Incursion ever!

The entire game was neck-to-neck, with the APEs playing cat and mouse with Hans (desperately avoiding his harpoon). Ultimately, two APEs got torn apart by Sturmzombies when they each ran out of ammo guarding vulnerable chokepoints, one got yanked out of the objective room by Hans, and then …

the last APE alive, the Blazer, was just outside the objective room alighting everything in a conflagration. A wounded Hans stepped into the inferno, harpooned the Blazer – dragging him into his own fire – bashed the APE’s skull in, and then stepped out of the fire just before perishing.

It was sooo close! If Hans died in the fire, the Lucky 7th would have narrowly won.

Now I want to paint my minis 🙂 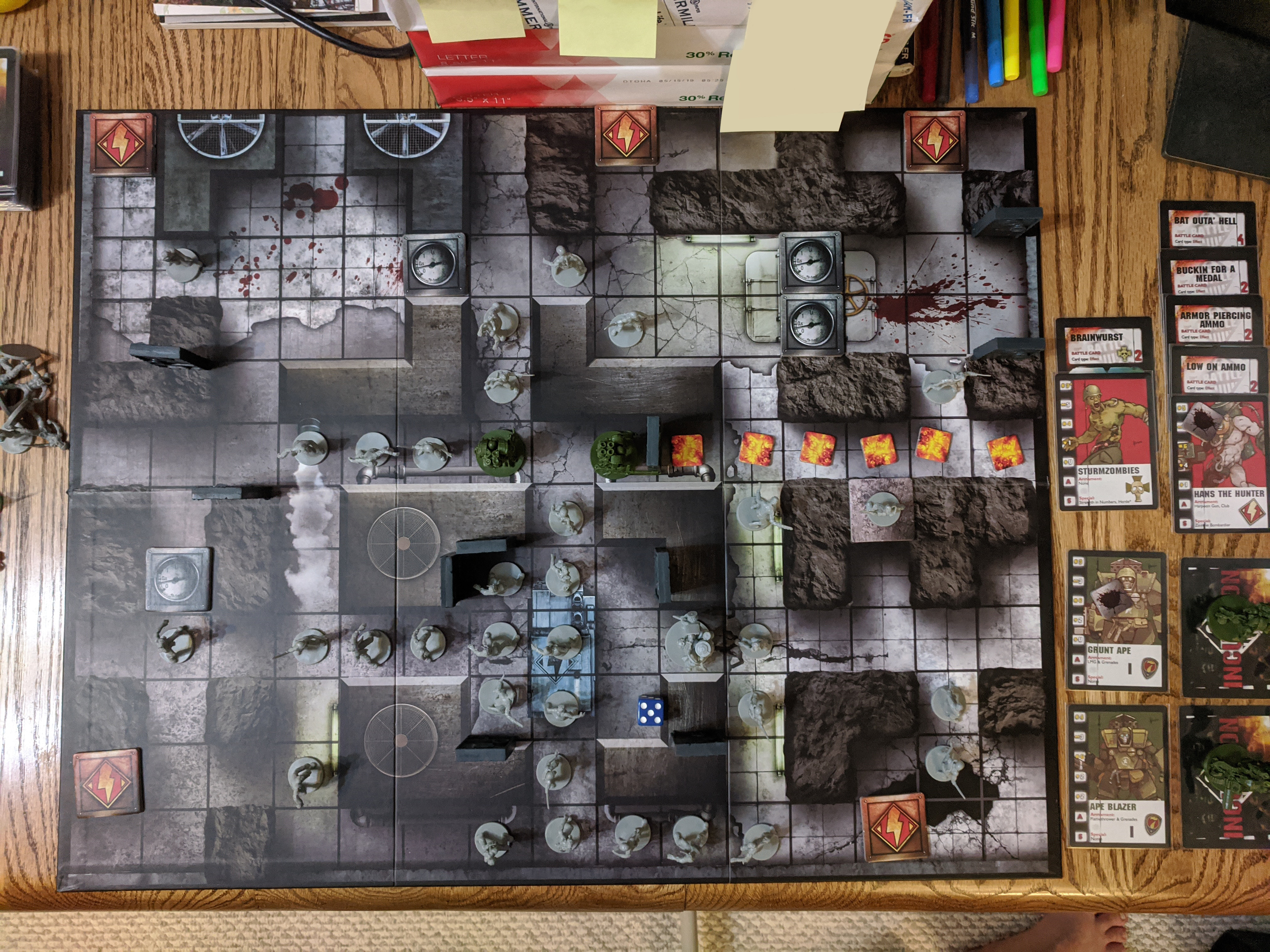 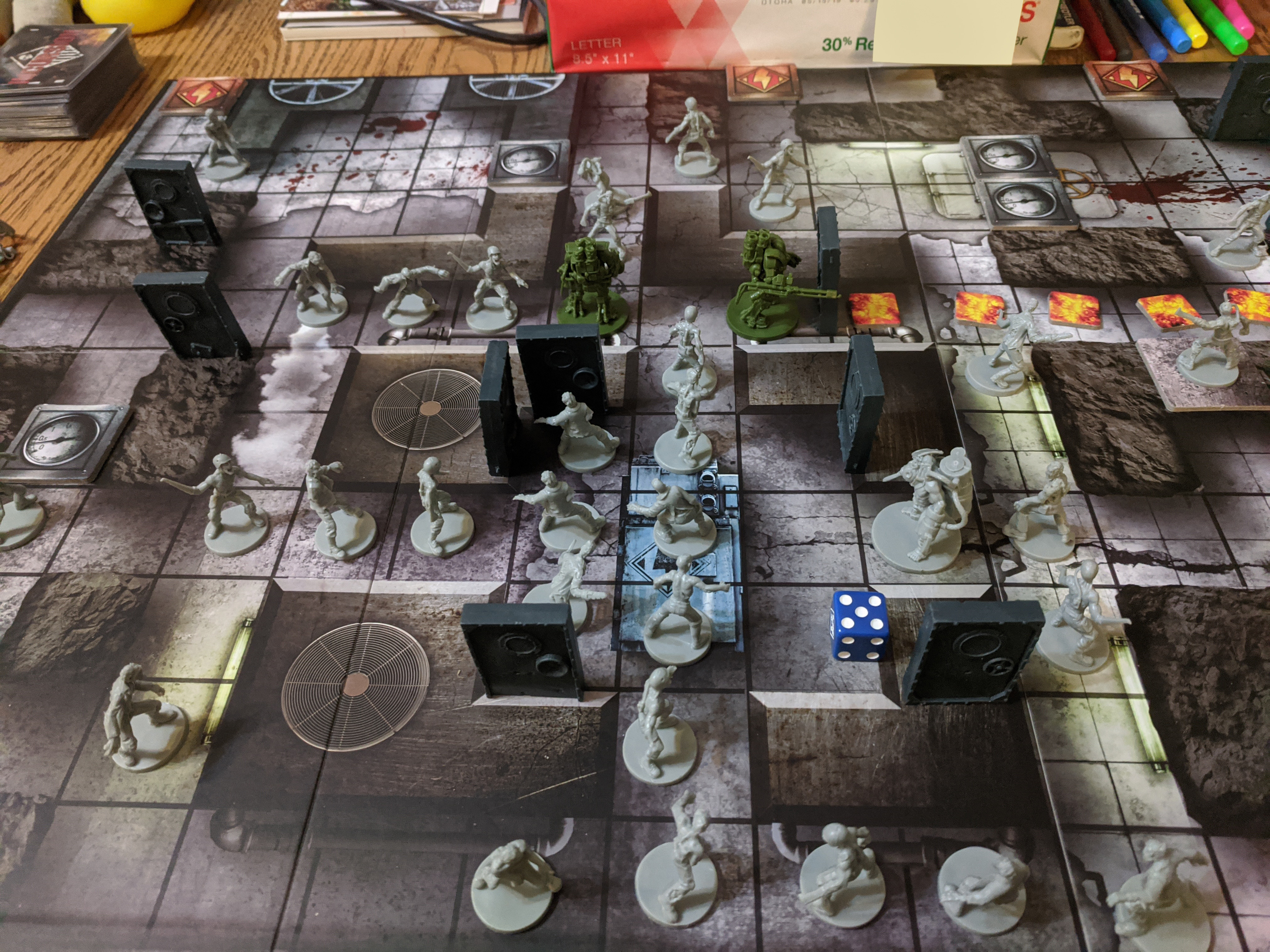 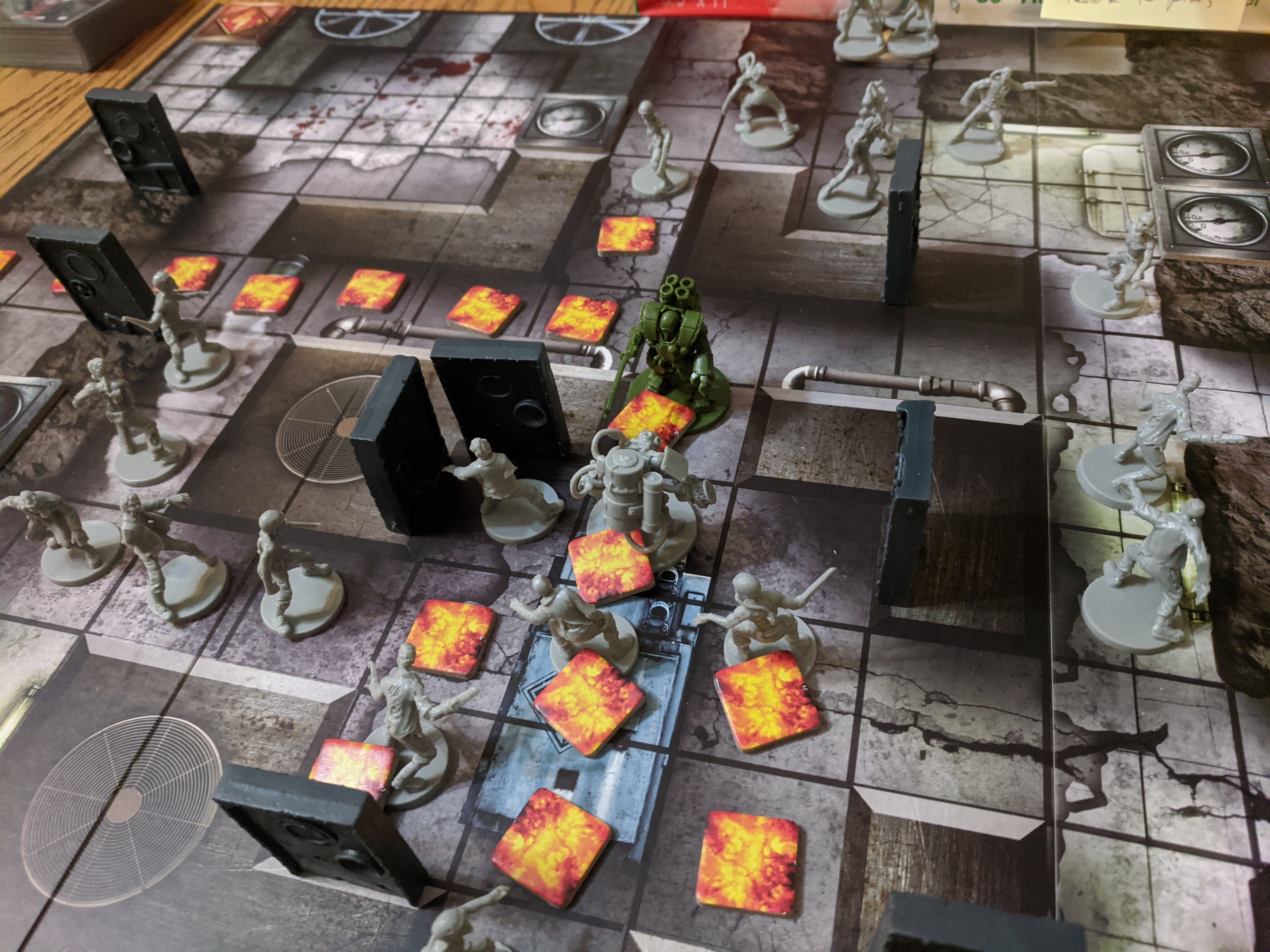